The Road to Auschwitz wasn’t paved with indifference 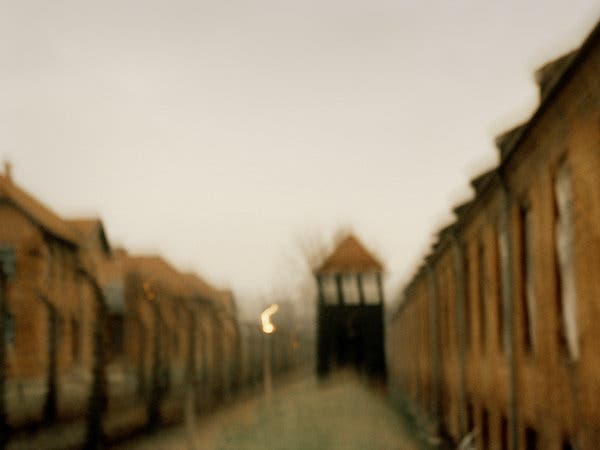 Today, even as the 75th anniversary of the liberation of Auschwitz, on Jan. 27, approaches, our news feeds are teeming with more and more reports of hate crimes and extreme ideologies. I am alive because my paternal grandfather’s Spidey sense had him frantically looking for ways out of Germany in 1933. “When madmen are elected, it’s time to leave the country,” he said. Now I, and many others I’m sure, worry that a catastrophe is looming, and wonder how we can guard against it. Schoolchildren are now taught: “Be an upstander, not a bystander!” History, we’re told, shows that, as Edmund Burke supposedly said, “The only thing necessary for the triumph of evil is that good men do nothing.” Or in the words of historian Ian Kershaw, “The road to Auschwitz was built by hate but paved with indifference.” These aphorisms pithily conjure up images of wise men stroking their long white beards, but they’re wrong.

The road to Auschwitz was built by hate but it wasn’t paved with indifference. It was paved with collaboration. Anti-Semitism was entrenched in Europe for centuries before the Holocaust, supplying the Nazis with many collaborators. During the Holocaust, the local population, the police and the army often helped the Nazis. Not always, of course. There were resisters (heroes) and bystanders (ordinary people). But one thing is clear: During the Holocaust, where the local population was more anti-Semitic, they tended toward greater collaboration, resulting in a markedly higher murder rate.

To kill people living within a population, you have to be told who and where they are. You don’t just march into Poland or France from Germany and magically know who to round up and where they live. It’s even more helpful when the local police do the rounding up for you (as some did in Lithuania, France and Hungary). The correlation between local enthusiasm and the genocidal murder rate of the Holocaust is strong and stark, as Raul Hilberg and Hannah Arendt documented. In Bulgaria and Italy, where the culture wasn’t as anti-Semitic, the local populations didn’t cooperate with the murder of Jews; most Bulgarian and Italian Jews survived. Romania and Ukraine, on the other hand, had virulently anti-Semitic cultures and many Romanians and Ukrainians actively participated in murdering Jews. Few survived. Poland was also very anti-Semitic, and although there were Poles who sheltered Jews, many instead turned them in and looted their property. Some murdered Jews themselves. Very few Polish Jews survived.

The truth about how massive moral crimes occur is both unsettling and comforting. It’s unsettling to accept how many people participated in appalling moral crimes but comforting to realize that we don’t have to be heroes to avoid genocides. We just have to make sure not to help them along.

Upstander ideology directs us to “stand up” to bullies and hate. Upstanding can be effective and inspiring, but it’s dangerous. People who intervene to rescue victims or stop a crime often die in the attempt. It’s hard to be a hero, to risk your safety and personal commitments in order to help a stranger. That’s a big ask. And by asking people too much, we make being moral too hard — which, paradoxically, can make immorality too easy. “Clearly, being moral is too hard, I’m no hero! Forget it!” we can imagine people thinking.

The incorrect lesson upstander ideology draws from history ignores the fact that perpetrating vast crimes usually requires lots of help. Instead, it implicitly blames moral catastrophes on a failure of heroism. Yet heroism is exceptional, saintly; that’s not who most of us are, nor who most of us can be, so we’re kind of off the hook. Most of us are ordinary people, neither cruel nor heroic. The fact is that when people can help others avert disaster at negligible cost to themselves, most do. That is, unless they’re steeped in hate — in which case being a bystander is a step up from the role of perpetrator they’ve been primed for.

Bystanding is not the problem. What we need to guard against is hate and collaboration with hate. It’s rare for people not motivated by hate to casually witness a serious crime and do nothing about it. (The notorious case of Kitty Genovese, the woman stabbed to death in 1964 in her apartment building vestibule, while supposedly dozens of people within earshot of her screams did nothing, is a case of false reporting.) Of course, we want to encourage resistance to injustice. That’s an important part of being human, and when doing so doesn’t entail outsized risks, we should do our part. But when helping others is perilous, to help nonetheless is heroic. It’s great to be a hero — and encouraging greatness has its place — but it’s also important to be realistic and give moral guidance to ordinary people. People of average moral fortitude, if history is our guide, should be educated against collaboration with hate and taught the reality of how widespread, repugnant and powerful that is. Heroism is aspirational, and worthy of admiration, but it is a pedagogical, moral and historical error to spend our moral capital insisting on it.

When helping others is risky, the heroes who step forward don’t do so because of effective “upstander” education. Research shows that heroic acts are usually done instinctively, without much thought at all. So to whatever extent we want to encourage heroism, moral upstanding training seems unlikely to help. Heroism is not morally obligatory, not teachable and not what we must demand of citizens in order to avoid catastrophic crimes against humanity. What we must emphasize is the cruelty and destructiveness of hate and the perils of collaborating with it.

The Lessons of History

Some people unwittingly help atrocities occur by cooperating in an attempt to mitigate a monstrous situation. History demonstrates that this is nearly always a miscalculation. During the Holocaust, Jewish councils organized life in the ghetto and compiled lists of Jews for deportation, often thinking that they were helping Jews manage a nightmare. Ultimately, they helped the Nazis murder Jews by maintaining order and providing the Gestapo with the names of people to be deported and murdered. In his memoir, “Legislating the Holocaust,” Bernhard Lösener, a lawyer in the Third Reich’s Ministry of the Interior, relays how he hurriedly traveled through the night to get to Nuremberg in time to write the Nuremberg race laws so that the rule of law would be preserved, and how he fought to have the race laws written to count as Jewish those with three Jewish grandparents rather than those with one drop of Jewish blood. He too made the mistake of participating in the atrocity in an attempt to minimize the damages caused by its perpetrators.