Perhaps the most remarkable and disquieting aspect of the revelation that 2020 Democratic presidential candidate Senator Bernie Sanders is employing three senior advisers with records of involvement in anti-Semitic incidents is the disinterest it has engendered in Democratic circles across the board. 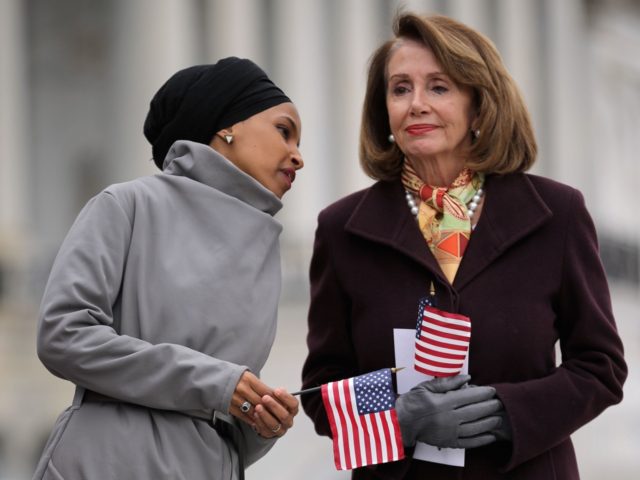 First, it emerged that Senator Sanders’ campaign manager, Faiz Shakir, and his senior foreign policy adviser, Matthew Duss, while both serving previously at the left-wing Center for American Progress (CAP) think tank, had in 2012 been involved in the use of antisemitic tropes about Jewish dual loyalty and domination of money and politics on CAP’s blog and website.

Then it emerged that Sanders’ national deputy press secretary, Belén Sisa, had participated in a recent Facebook discussion in which she used the antisemitic trope of Jewish dual loyalty.

The anti-Semitic incidents involving Shakir and Duss created such a furore at the time that it led the Obama Administration –– an sdministration that was often deeply critical of, and in conflict with, Israel –– to criticize those involved and cease contacts with them.

Given that history, it is astonishing that a Democratic presidential candidate feels entirely at ease with having these three figures tainted with antisemitism within his inner circle of advisers.

The Sanders non-controversy is occurring in a wider context of Democratic Party drift towards the vociferously anti-Israel positions of the hard left, as well as the election to Congress in last year’s midterms of proponents of these positions: Alexandria Ocasio-Cortez (D–NY), Ilhan Omar (D–MN) and Rashida Tlaib (D–MI).

These new legislators support anti-Israel campaigns, such as the Boycott, Sanctions & Divestment (BDS) movement — a position that, until now, had enjoyed no support from a sitting member of Congress.

Rep. Ocasio-Cortez is critical of Jewish communities in the West Bank (Judea/Samaria) even though they comprise less than 2% of JudeaSamaria, and there has not been a single new community built since 1993. She also asserted her support for BDS and is a member of the Democratic Socialists of America, which opposes Israel’s existence.

Rep. Omar, in a 2012 tweet reacting to Israeli military operations in Gaza that followed 150 rockets fired by terrorists into Israel, said, “Israel has hypnotized the world, may Allah awaken the people and help them see the evil doings of Israel.” She staunchly defended her tweet before finally conceding its offensiveness, belatedly deleting it.

Since arriving in Congress, Omar has made further, false antisemitic statements, like asserting that supporters of Israel are urging American lawmakers to have “allegiance to a foreign country,” and tweeting that the American Israel Public Affairs Committee (AIPAC) bribes legislators to support Israel.

Rep. Tlaib calls Israel a “racist country” on the basis of the lie that Israel discriminates against those “darker skinned,” ignoring the country’s diversity and the fact that Israel has brought in huge numbers of black Ethiopians and dark-skinned Yemenites. She supports BDS and the destruction of Israel in favor of an Arab-dominated state (“It has to be one state”), absurdly claiming Dr. Martin Luther King Jr., a consistent, outspoken supporter of Israel, as inspiration for her views. Rep. Tlaib also “absolutely” backs withholding U.S. aid from Israel.

When Tlaib was elected, she attended her primary victory party draped in the flag of the Palestinian Authority, and posed for a photo with Abbas Hamideh, a supporter of the terrorist Hezbollah group, after her official swearing-in ceremony.

What has been the reaction of senior Democrats?

House Democrats as a whole have performed little better. Initially, they prepared a resolution prompted by Omar’s anti-Semitic statements. But many were less interested in condemning Omar’s antisemitic outbursts than in producing a resolution condemning diverse forms of racism in the abstract. In the end, that is what the Democrat-controlled House passed, without even a mention of Omar.

Rep. Karen Bass (D-CA), chair of the Congressional Black Caucus, said earlier this year that unless Republicans condemned Rep. Steve King (R-IA) and removed him from his committee assignments after he made racially insensitive remarks (which they did), the GOP would be guilty of “tacit acceptance of racism.”

Yet Bass refused to subject Omar to the same equal standard, saying she “absolutely would have a problem” if the House resolution were to call Omar out specifically.

The message is clear, dangerous and bleak: antisemitism’s introduction into political discourse by a member of Congress incurs no cost and perhaps yields rewards. Omar is already a hero in Jew-hating corners of America: neo-Nazi David Duke has gushed: “Ilhan Omar is NOW the most important Member of the US Congress!”

In short, a party whose legislators support the elimination of Israel, indulge in antisemitism and hire anti-Semitic advisers while incurring no penalty; who receive, at best, anemic criticism from their senior colleagues, and at worst, promotion to Congressional committees; is a party that is normalizing antisemitism, not marginalizing it.

Morton A. Klein is National President of the Zionist Organization of America (ZOA). A National Jewish weekly named him one of the top five Jewish leaders in America and one of the top Jew activists of the last century. Follow him on @mortonaklein7 and ZOA.org. Dr. Daniel Mandel is Director of the ZOA’ s Center for Middle East Policy and author of H.V. Evatt & the Establisment of Israel (Routledge, London, 2004)