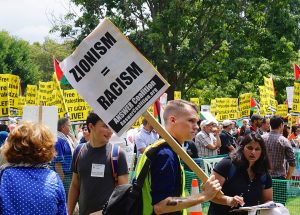 EXECUTIVE SUMMARY: Anti-Israelism is the modern face of anti-Semitism and just as toxic. Anti-Israelism is a modern-day religion in that it demands unquestioning adherence to a dogmatic doctrine and rejects non-believers as morally inferior.

Human nature requires a belief system to explain the universal questions of why and how. Above all, belief rationalizes the question of existence. Whether based in universalism or particularism, modes of belief vary from fervent orthodoxy to equally fervent atheism, allowing followers to choose how and when they worship.

Because religion is as old as human civilization itself, it has garnered a reputation as conservative and old-fashioned.

Today, we are observing a rejection of “classical” organized religious constructs in favor of more individualistic beliefs – human social actions that are supposedly based on furthering human contact and kindness – from which the idea of a higher power or spirituality has been removed.

The principal difference therefore relates to worship practices. The classical form is man-to-God vs. man-to-man interaction in the social action/justice realm. The “Church” of the day is based on acts of justice rather than on worship or prayer.

Americans are used to living in a Judeo-Christian society, where religious liberties have served as the bedrock of the country’s value system. Jews have benefited from that environment going all the way back to the days of George Washington.

Washington expressed the new democracy’s commitment to religious liberty and inclusion of Jews in a Letter to the Hebrew Congregations of Newport in 1790. In it he wrote:

Gentlemen: May the children of the stock of Abraham who dwell in this land continue to merit and enjoy the good will of the other inhabitants – where everyone shall sit in safety under his own vine and fig tree and there shall be none to make him afraid.

May the Father of all mercies scatter light, and not darkness, upon our paths, and make us all in our several vocations useful here, and in His own due time and way everlastingly happy. – G. Washington

The Jews’ long history of persecution has motivated them to seek acceptance and inclusion from the communities in which they live, and to showcase their normalcy in order to counter anti-Semitic stereotypes. So long as Jews were stateless and persecuted, they were tolerated in their respective states, though often viewed as alien and subjected to the most ludicrous accusations and stereotypes, from medieval blood libels and well-poisoning charges, to modern-day blame for warmongering, financial usury, and for producing such alleged social ills as communism and capitalism.

Since the struggle for Jewish national self-determination in the late 1940s, and all the more so since Israel’s establishment, Jews have also been subjected to a new form of anti-Semitism: anti-Zionism, or the rejection of their collective national identity and, in consequence, their right to statehood. So far has this new anti-Semitism progressed that today, Jews and Jewish Israelis are called upon to demonstrate their “moral fiber” by using their very Jewish identity as a vehicle to question Israel and its legitimacy (i.e., their own national identity). They are expected to use their Jewishness to make passionate pleas for the cause of the Palestinians, who seek to obliterate their state, and to assert that Jewishness is somehow based on pro-Palestinian beliefs as a “progressive” value. Consequently, for Jews on the far Left who have internalized these messages, the events of 1948 are the original sin – just as they are for Palestinian Arabs.

The late Walter Laqueur explained this phenomenon. He wrote:

Traditional antisemitism has gone out of fashion in the West, except on the extreme Right. But something we might call post-antisemitism has taken its place. It is less violent in its aims, but still very real. By and large it has not been too difficult to differentiate between genuine and bogus anti-Zionism.

The test is twofold. It is almost always clear whether the attacks are directed against a specific policy carried out by an Israeli government (for instance, as an occupying power) or against the existence of Israel. Secondly, there is a test of selectivity. If from all the evils besetting the world, the misdeeds – real or imaginary – of Zionism are singled out and given constant and relentless publicity, it can be taken for granted that the true motive is not anti-Zionism, but something different and more sweeping.

All of the above, compounded with identity politics, have mobilized and galvanized the “social justice” congregations led by prophets and practitioners like Linda Sarsour and Keith Ellison, and groups like Jewish Voice for Peace and Black Lives Matter. We see a complete and total rejection of Western and American values of life, liberty, and the pursuit of happiness for all. These values, according to social justice warriors, apply only to some – and above all, they exclude Jews who do not exhibit the approved variety of Jewishness.

Further, the ideology of many of these groups and individuals is Marxist rather than democratic. Like Marx, they desire to create social revolutions through identity politics. They are doing what they can to undermine the American value system, though they have been largely unsuccessful so far. Their relative lack of success is due to the fact that the US is still grounded in nationalistic anchors that are absent in Europe.

Jews have always had the misfortune to be blamed for political changes on both the Left and the Right. They do not get a pass in the dogmatic worldview of identity politics – which, more often than not, is limited to minorities, or at least to those who claim to be minorities. This is something Jews have a difficult time arguing for, despite the demographics.

Finally, the State of Israel, to social justice prophets and congregations, is the outcome of all the problems that Jews embody.

That is anti-Semitism to the core. 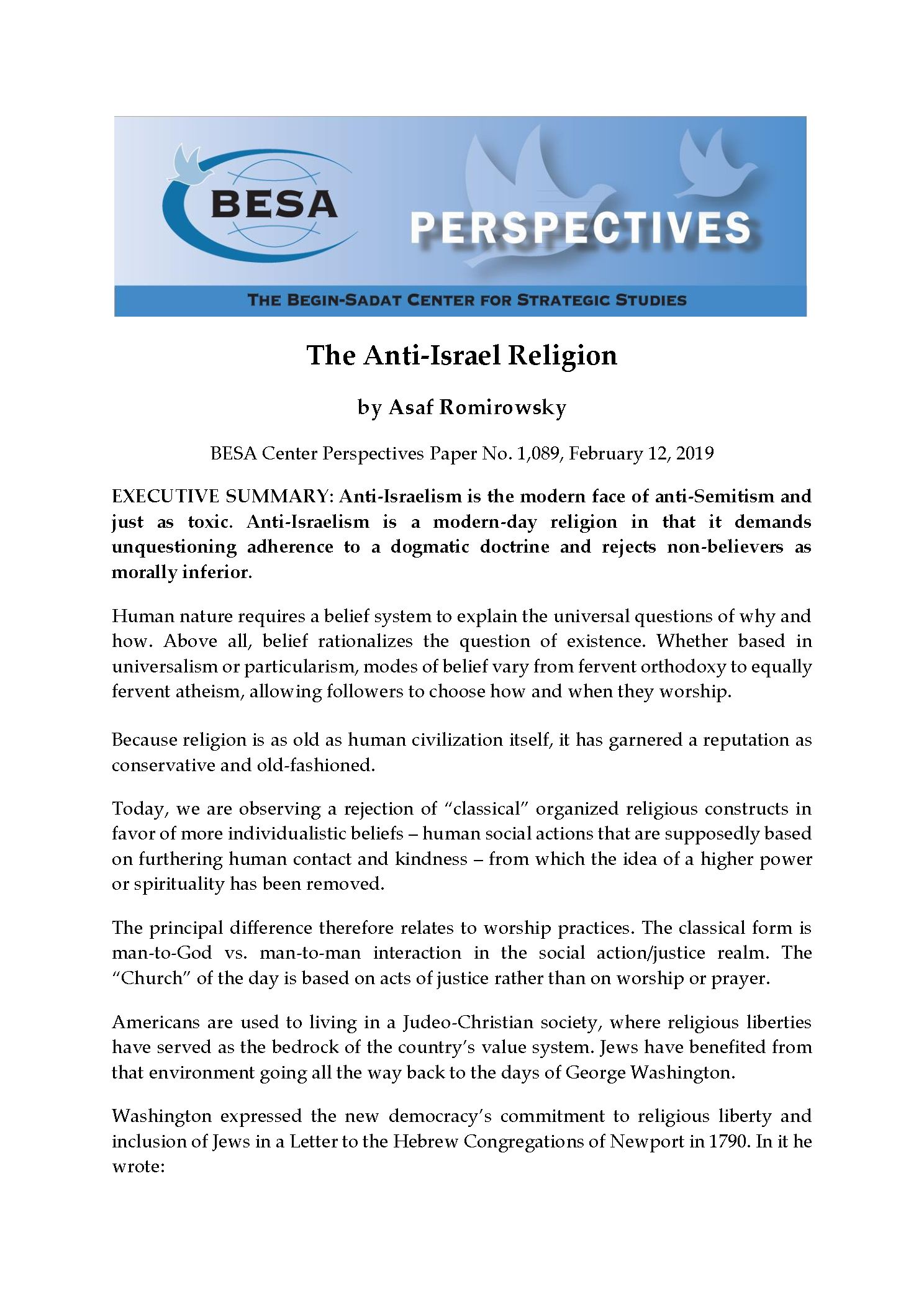