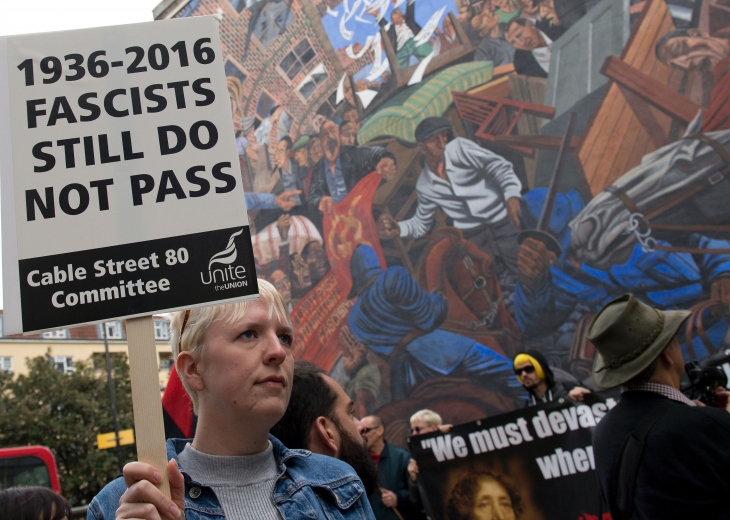 I made my Question Time debut last week as a Labour MP. I was asked about Theresa May, about Brexit, about allegations of rape and how to deal with them and about statues of Margaret Thatcher. I talked about my work as a constituency MP, and as the longest-serving member of the Treasury Select Committee.

I discussed my work against child sexual exploitation and abuse and spoke about the economy and immigration. And yet, when I looked at my phone, I found I had received anti-Jewish abuse and an antisemitic death threat on social media. I am not Jewish, I didn’t talk about Jews and I didn’t discuss the Middle East.

This isn’t the first time. I can speak out about knife crime and drugs and the tweets come in – “who is paying you to do your work” “Why don’t you admit you’re in the pay of the Israeli government” and the like. It is not just tweets though. One Labour party member called me a “CIA *******” for dealing with the “antisemitism nonsense” following an appearance I made on the Daily Politics at Labour party conference talking about the Brexit. Not all, but the vast majority of these attacks have come from self-identified “left-wing” activists or Labour party supporters.

Anti-Jewish hate and invective is becoming so obsessive, so fervent that irrespective of what an anti-racist activist is discussing, antisemitism is the online reaction. Last week, Phillip Collins, in the Times, highlighted the problem of Left wing antisemitism and the obsessive hate of Israel. He pointed out that most of the statements people make are not actionable. The death threat I received will be, but much of the abuse fell into the other category. As he said: the “tone of voice, the severity, the passion, the elevation of an issue that should be one among many to a defining idea of political identity.” ”It connects to a loathing of America and of capitalism and of alleged western interference in the Middle East. For the uncomplicated racist, hatred of the undesirable people is the starting point. For the complicated, confused leftist, the denigration of a people is their conclusion.”

But now it’s one step further. There’s a group-focussed enmity. Anyone who calls out racism, or seeks to address anti-Jewish hatred is a target. It’s even now the case that allegations of antisemitism are being inferred or created and attributed to Jews in order to try and diminish the charge when one has not been made. This of course, undermines victims of antisemitism and their right to define such abuse and call out the abusers.

If you have had the misfortune of engaging these racist Twitter trolls, it won’t be long before you find some patterns emerging. It starts with talk of “Zionism” and quickly leads to allegations of the Holocaust being “rammed down our throats” and support for Holocaust revisionism. There is an antisemitic sickness, particularly afflicting the left, and it is spreading.

With the type-and-click ease and public platform that companies like Twitter provide, it is far easier than ever before to exist in a self-edifying bubble of conspiracy and hate. Despite promises and plans, the truth is that social media companies are ill equipped to deal with the problem. The initial response from Twitter to the death threat I reported, was to say it did not violate the company’s terms. The account was suspended, but clearly something went wrong. Most of the abusive, racist rubbish will however remain on line, easily discoverable by the young or any other people interested in searching about plans to address sexual abuse, Brexit or other matters. All the while, the obsessive racists fall further down the rabbit hole, convinced they will triumph over the fabricated “other” they define themselves against.

My political convictions are premised on action. I have acted, and I will continue to act, to deal with addressing these problems.

I expect Labour to call out the anti-Semites. When someone with a public platform in the party tweets a racist slur or alleges antisemitism is fabricated, they must be called out. Each and every Labour MP has a duty to speak. We cannot ask other party’s to deal with issues of antisemitism in their parties if we don’t call it out in our own.

As for social media, we need to change our framework for understanding how the online world operates. The Germans have done so, and the European Commission is on its way to doing so too. Social media platforms are publishers of content, not simply conduits. The more these companies manipulate and edit our feeds and timelines, the more apparent the case for them taking responsibility. Later this month, I will begin the process of seeking a change in the law to hold these companies to account for failing to take action against racism on their platforms.

We all have a responsibility to call out antisemitism. Any MP should be able to appear on a public show about the key policy issues of our time without being subjected to racist abuse. If we can’t defeat racism, then it’s not the politicians we need to be questioning but rather our future as a civilised society.