Peace Exists in the Middle East

Obama and the State Department are just ignorant, there is no other suitable word for it, polite or otherwise. They have not taken the time to go and visit what they negatively call "Settlements" and what I proudly call "Settlements".  Same place, same set of facts, different perspective because they have not been to see it work. 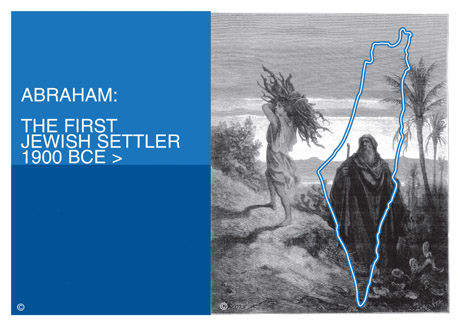 every religion, nationality, age and creed live, work, innovate and get along ­ this is anyone¹s definition of Peace in the Middle East.  Ownership of land and borders can come later, but talk about reality on the ground, and where it is happening.

This type of peace exists now in the Middle East ­ it exists in lots of places within Israel, and it has always existed in areas that are labeled as "Settlements". From the very first settlement, before the creation of the state of Israel, Jews have always reached out to their Arab neighbors and successfully integrated them into their lives and celebrations. They have done and continue to do this out of innate hospitality, but also for selfish reasons; there are 22 Arab countries, each of them enormous both in geographical size and population, it was never Israel¹s intent to take them over or conquer them, but to live together with them in Peace.

How stupid do you need to be to believe Israel wants to conquer the whole of the Middle East for a Jewish Homeland? First of all there are not enough Jews in the whole world to populate it, and second of all, it is just a ridiculous premise.

The facts show that Israel shares it knowledge and natural resources with the world as well as its Arab neighbors, despite the political conflicts and war, and it is much greater giving than getting on Israel¹s part.

If you want Peace, get the Arabs to model some of what is going on in the settlements, on Arab lands, and then it won¹t matter who has sovereignty over it.  Ariel is the newest University in Israel. It has 11,000 students, 500 are Arabs ­ the number would be higher, but the Arabs are afraid their own families and friends will kill them if they are found to be studying at an Israeli institution. Ariel University is in the heart of the largest Settlement, it is a Settlement to be proud of, both the city and the University. Every University classroom has an Israeli Flag. Every student, including the Arab students must take a course in Jewish Heritage each semester.

There are no problems, all the student¹s cross the green line to come and study each day. This "Settlement" should be expanded, not stopped on threat of destruction. ­ It is a MODEL OF PEACE IN THE MIDDLE EAST.

Just because the Arab PR machine coined the phrase "Settlements are an obstacle to Peace in the Middle East" does not make it true, it is just a case of tell a lie often enough and loud enough and people will believe it. Even the President and State Department of the U.S.A.

We have the model in Gaza of what happens when Settlements are disbanded.

Even the Arabs, who lived and thrived there, did not pick up and continue a lucrative industry that would have made them and their children proud, instead, they destroyed it and so now remain poor and beholden to their extremists. They then compound this by assisting in the distribution of arms and ammunition to destroy the very Jewish people who were helping them feed and clothe their children before they forced them to leave.

I want to call on all Settlers to make yourselves known.  Write about who you are and what you do and let the world see that you are kind, and creative; professionals, blue collar workers, what you do with your lives and your families. I know you help with sick, orphaned and troubled teens, I know you have interests as far reaching as classical music to obscure bohemian pottery and rock music, but let the world know, connect to people with the same hobbies, interests and dreams, and let them know you are proud to be Settlers and why you are proud ­ you took a piece of land that the Arabs never believed would be anything but desert and you make it bloom and flourish each and every day.

Share your stories of Peace in the Middle East today, let everyone know about the Arabs that live and work among you happily and who given the choice would never chose to be a citizen of a Palestinian State, because there is no Peace in Arab communities or villages with anyone other than other Muslims.

What the stupid, blind, idiotic world is suggesting is not Peace in the Middle East, but an apartheid that will forever separate the Jews and the Arabs. Settlements should be applauded and looked up to as a model upon which to base Peace.  Each and every person who went out and made a home for themselves in the areas won by Israel in 1967 when it was attacked on all fronts by its Arab neighbors, each and every person who took a risk in developing a home in these uncharted areas that were left barren and empty for so many years, each of you should be so proud of what you have achieved and accomplished ­ and if you do not live there and do not know what those achievements and accomplishments are, then go and visit, go and look, and see the reality, not the empty words of those that do not want to live in peace and do not care if their children ever do. Be proud to be a settler, you have done wonderful things ­ now share them with the world.

Israel has a right - a legal one despite what anti-Israelis assert - to build anywhere in territories from which it ejected the Jordanians and the Egyptians, excepting of course, land to which Arabs have title. Israelis must tell the ignorant (and biased) USA to mind its own business. The Arabs must be told that the longer they pursue their self declared non-negotiable demands, the less they will end up getting and construction activity is a wonderful way of countering claims with facts. On one point I would disagree with Steiner: the Israeli Arabs are not well integrated. As long as they support Israel"s enemies and fail to do national service, they cannot be regarded and anything other than a fifth column.

When 100 Arab families live together, it"s called a "village" When 100 Jewish families live together it"s called a "settlement". I use the terms "towns" and "villages" instead of settlements. Incidentally, many (most?) of the so-called "illegal settlements" or "illegal outposts" are nothing more than a lean-to or an old bedsheet strung over a string with 2 plastic chairs. Your typical camping gear is more permanent! It astounds me that the US/UN/EU/etc actually get so upset about this. Talk about proportionality...

If there is to be comment regarding borders in the Near East then why only Israel"s borders? Let"s not omit the borders of Syria, Iraq and Jordan to mention three just for a start. How and who created these borders?