The National Postgraduate Committee of the UK held its Annual Conference ending this weekend. The conference which focused on participation and diversity in the postgraduate community was address by Dr Jon Pike, a lecturer at the Open University and a founder of Engage, the group that led the repeal of Association of University Teachers' 2005 boycott of Israeli universities. Dr Pike provided the conference with the background details to the current UCU boycott proposals and explained how the coming term would see meetings on the topic across the UK. 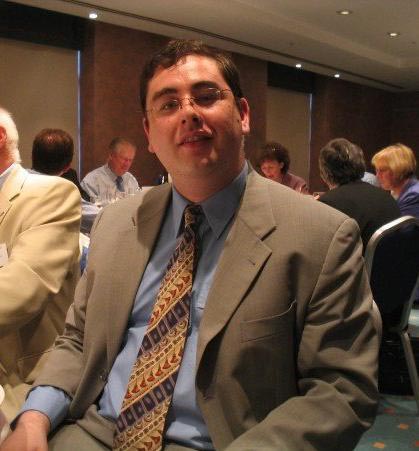 While saying the Palestinian university sector did need help, particularly books and equipment, he argued that a boycott was not the right tool to promote peace or indeed to help either the Palestinians or the Israelis. Rejecting the apartheid analogy as shallow and politically naive, Dr Pike added that no other country was being subjected to an academic boycott and many would be far more deserving than Israel. Even if a boycott was applied systematically, Dr Pike argued it would still be wrong in the academic sector.

Two days later at the National Postgraduate Committees AGM, Andre Oboler, an international PhD student from Australia, stood for election as a Project Officer. Project officers stand with a remit of their own devising and if elected are given a mandate to carry out their proposal. Andre who has just completed his PhD thesis will soon be off to do Post Doctoral work in Israel. He offered to act as an ambassador on behalf of the NPC, to promote the fact that the boycott noise is emanating from a minority of academics and that both Israeli and Palestinian students were welcome in the UK. Additionally, Andre offered to serve as a local link in Israel for those NPC affiliates who wish to set up positive engagements as a means of protest against the UCUs actions.

Although an Australian, Andre is not new to representing the UK's students. He has served for two years as the Student Observer on the board of directors of the QAA, and twice before as an officer of the NPC. At Lancaster University he has served in the Graduate Students Association, the Students Union and on the Societies Union Executive Committee.

Speaking after his election Andre said "I feel confident that the support for a boycott is coming from a tiny but vocal minority, as many of our delegates to this conference have said, but I also feel the majority who oppose such boycotts can not longer remain silent. The NPC has opposed an academic boycott of Israel since before the AUT called for their 2005 boycott, and we continue to oppose it. We oppose it because boycotts do not further higher education in the UK, only collaboration and positive engagement can do this. In this new role I hope to facilitate such engagement, not only mitigating the damage the UCU are causing, but hopefully also achieving positive academic engagement between Israelis, Palestinians and UK academics as well."

Commenting on NPCs move, Yair Zivan, Campaigns Director of UJS said "UJS welcomes this latest move by the NPC and are delighted that they are working to maintain and strengthen academic collaboration. A boycott would achieve nothing to further peace in the Middle East and only through dialogue and discussion can progress be achieved. We wish Andre Oboler the best of luck in his role and will be offering our full support for his work while in Israel."

Attention: Our comments HAVE MOVED to the BOTTOM of our article today. If you prefer it the other way - comments along the side - send an email to ralph (at) doublez dort com dort au

Countering this well-funded, well-organized anti-Israel campaign will be far harder than what Andre did to get his Ph.D. Oil money has bought the best p.r. in the business. They study every successful propaganda campaign, marketing blitz, popular book, record, etc. and use those ideas, adapting them to their anti-Israel agendas. If they have to retreat in one area they just go on to another. I wish Andre unending patience, a tolerance for frustration beyond the norm, the ability to counter the fictions, distortions, and lies that will be non-stop. It's Daniel in the Lion's Den, again. - May Andre go from Strength to Strength.

Somehow, one would expect a brave and staunch stance by academia â€“ the UCU - standing up for democracy, the rights of citizens to assemble, speak out and criticize, to have access to education, work and social mobility, as one can alone in Israel as opposed to any and all other Middle Eastern countries. Could one imagine a Palestinian State allowing 1/4th of its population to be Jewish? Can one remember the devastation to Jewish institutions under Jordanian rule of Jerusalem? Could one imagine a viable Jewish community in Saudi Arabia? With 50% of their populations, i.e. women, systematically repressed and often brutally held from the most basic of human and social rights, could one imagine anything even approaching democracy in the Middle East, anywhere but in Israel? HOw can the UCU deny the immensely creative contributions to science, medicine, music, industry and general academia that have come from the little country of Israel, while itâ€™s forced to defend itself on all borders by hostile neighbors, and living with a cancerous â€œalienâ€ in its belly â€“ openly declaring its intention to destroy Israel, while demanding transfers of income and support? One might suspect that from academia in the UK we would see a candle that exposes historical revisionism, educational manipulations and hate propaganda in Palestinians schools, and Middle Eastern countries in general. We might expect some voice against a cowering accommodation to terrorism, and the erosion of freedoms that Western have undergone, defending against terrorist threats. Here I think not only of the billions spent on airport security, the billions of hours we waste in lines during security checks, but the trillions we are forced to spend on homeland security - against those who live amongst us, who are allowed to m,ove freely, and learn and earn amongst us, and who still seek our demise and destruction. But no - from the bowels of the UK academic community we find only the stink of cowardice, and the same accommodations to fear and populism, that occur in amongst the "lesser" educated. Dr. Pike rightly points out, one could find many other deserving boycott candidates. I count many other countries that structurally repress women, and rule by harsh tyranny toward any with a different way of thinking, who not only deserve an academic boycott, but every other form of cultural and economic boycott as well. But, hey, little Israel is so easy to pick on. The â€œdomesticâ€ Jews are few and peaceful, and the standards are naturally different. We can accept the unacceptable from every Muslim dominated country, but we cannot accept Israel's defense of its civilians and sovereignty. How risible. How utterly outlandish. And, how sadly degraded the UCU has allowed itself to become.

All success for Andre;it is time that more like him spoke out.

It's encouraging to see that the silent majority in academia is starting to have a voice which says: We are not prepared to follow, like sheep, the vocal minority union leaders who want us to support an extreme one-sided - white and black policy.

Having once lived for many years in Britain it is good to see that the proponents of the boycott are being exposed for what they are - an unscholarly minority. They are harming the UK perhaps more than they are harming Israel.Imagine UK Doctors and scientists actaully barring Israeli academics preferring those from the Arab world!

Congratulations indeed to Andre Oboler...for his new post and also for completing his Phd. May there be some reasonable and well reasoned behaviour in the UK academic sphere as a result!